Tim served as a South Gloucestershire Councillor for the Winterbourne ward from 2010 to 2017. He served on Council committees with responsibility for allocating resources, forming policies and budgeting and was a member of the senior leadership team of the controlling Conservative group.

He has enjoyed a successful career in sales and marketing management, served as a Governor at the largest school in South Gloucestershire from 2003 to 2015. He also acts as a dementia champion, supporting charities in this field.

Tim is the President of Bristol and South Gloucestershire Conservative Association.

For all matters relating to the Conservative Party please contact info@bsgconservatives.com

We have seen the opening of a public consultation, concerning the West of England’s Joint Spatial Plan.

This plan sets out where future homes and jobs will be provided up to 2036. 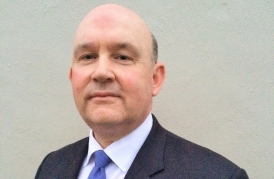