MP for Filton and Bradley Stoke

I have had the honour and privilege of representing this wonderful constituency since 2010. I have lived in Bristol and South Gloucestershire all my life, so this is home. Since I was first elected, I have worked hard to deliver for our local area, including securing £50m for a new junction on the M49; Government funding for the MetroBus project, which has greatly improved local transport, and also successfully campaigning to remove tolls on the Severn Bridge.

I helped steer legislation through the House of Commons which enshrined the Military Covenant in law for the first time. I used my maiden speech to campaign vigorously for the Government to commit to Airbus’s A400M aircraft, and was delighted when they announced in the Strategic Defence and Security Review that they would buy 22, securing hundreds of local jobs and providing the RAF with a vital capability.

In Parliament I have championed social mobility as Chair of the All-Party Group for Apprenticeships and Vice Chair of the All-Party Group for Social Mobility. I have met with Schools Minister Nick Gibb in London and locally to press our case for more schools funding and was pleased that the Prime Minister has now pledged to give us a significant increase.

If elected, I will support the Prime Minister in getting Brexit done. We must move on to address other priorities, such as putting more police on the streets and giving the NHS the biggest cash boost in history. 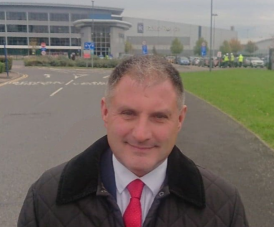