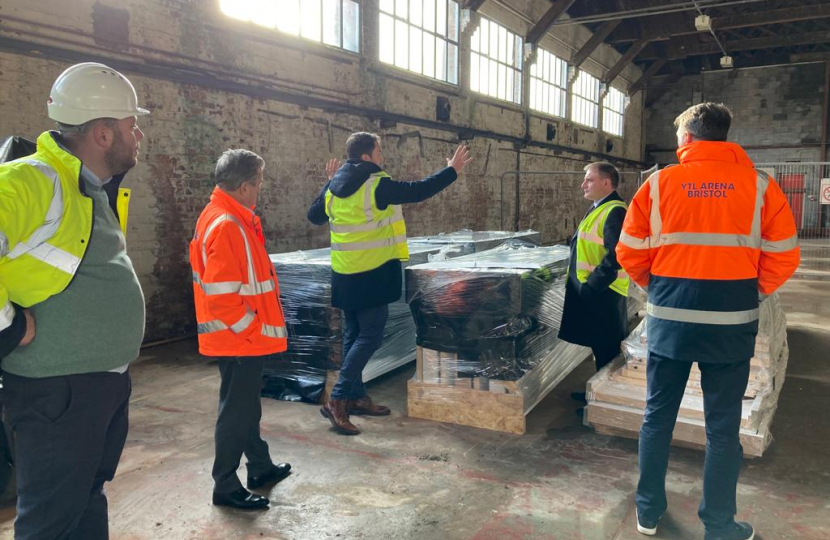 Today I again visited the Brabazon development and met with Colin, Seb and Andrew at YTL to show my support for the building of this new community in our area which will now provide 3,000 more homes than originally anticipated.

I am particularly interested in the levelling up bid which I have supported for the World War 1 era hangar which will be converted into a community centre for the area and will be enquiring into the progress of this funding. In addition to this, I visited the hangars which will become the new Brabazon Arena which will have a capacity of around 17,000 people.

We also discussed the planned Brabazon station and was pleased to hear that constructive conversations have been taking place between the West of England Combined Authority, Network Rail and YTL which could see the project being completed in Autumn of 2025. YTL have the ambition to produce a station which could deliver a service of 4 trains an hour with a connection to Bristol Parkway and simultaneously provide connectivity for industry in the area.

Delighted the Health Secretary joined me in thanking the South Western Ambulance Service call handlers in reducing the average call answering times by 95% to just three seconds and the public for halving the number of 999 calls to the Trust over the last month.