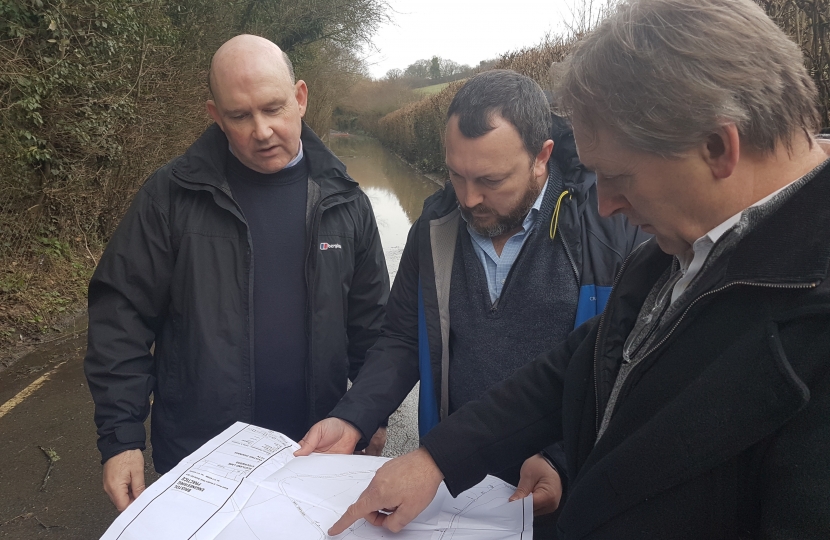 Conservative Councillors Graham Morris and Steve Jones are delighted to learn that contractors are to start next month on tackling a notorious road link in their ward which regularly floods after heavy downpours.

Last year, Bristol City Council submitted a joint bid with South Gloucestershire for a share of  the Department for Transport “Challenge Fund”, an initiative set up to pay for major infrastructure improvements at locations prone to flooding and drainage problems.

As a result, £3.4m was awarded by the Government to nine priority schemes, including the important route running from Stockwood to the Bath Road, Brislington.
Investigatory assessment and design phases have now been completed and implementation of the necessary remedial work is set to begin on Monday, 5th November.  This road will then be closed until Spring 2019.

The specific location to be sectioned-off will see closure notices posted south of the entrance to Old Redcliffians Rugby Football Club and at the junction of Scotland Lane and Stockwood Lane. During this time, all the usual diversionary routes previously relied upon after periods of flooding, will be brought into operation.

Cllr Morris (Con, Stockwood) said:  “The announced start of work to Scotland Lane is great news.  After literally decades of disruption and costly delays, we could finally be seeing an end to the misery caused by flash flooding in this part of the city.

“Whilst this temporary closure will itself be inconvenient for some, most people are willing to accept this if the problems associated with this highway get permanently resolved.

“I am grateful to officers who got this project included in the joint bid with our neighbouring authority and, of course, to central government for recognising the merits of this application and providing the special funding needed to pay for it.”

Cllr Steve Jones added: “We will continue to monitor progress being made by the main contractors (Alun Griffiths Limited) and shall endeavour to keep residents informed of any significant developments or milestones in this project.”