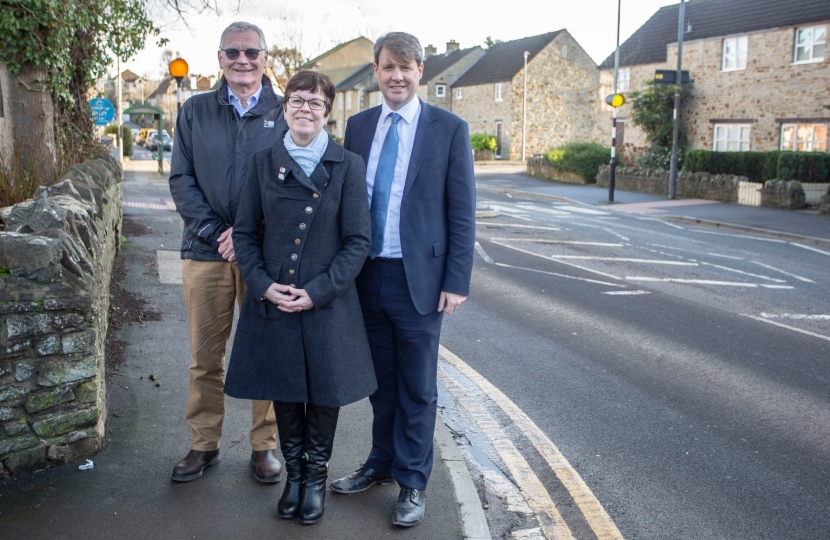 A campaign has been launched by local Conservatives to save a bus service linking rural communities between Kingswood and Bath after the West of England Combined Authority (WECA) announced it would be pulling funding.

The Number 18, which connects Kingswood to Bath, is set to be discontinued after WECA decided not to renew the service’s contract at the end of this month, meaning communities such as Oldland Common, Longwell Green and Bitton, who were not consulted on the decision, will miss out on the service.

Calling for WECA to reconsider, Cllrs Erica Williams and Paul Hughes, who represent the Bitton and Oldland Ward in South Gloucestershire, and Kingswood MP Chris Skidmore have launched a petition to save the route, asking residents to show their support for the Number 18 and call for the funding to be reinstated.

Cllrs Erica Williams and Paul Hughes said: “This is a shock for our communities. The Number 18 is a vital service that is used by many local residents as a direct route to places like Kingswood, Keynsham and Bath for commuters, families and shoppers, and missing out some of our more rural communities has the potential to leave them significantly disconnected.

“It is therefore really disappointing to see that WECA plans to pull funding, resulting in many of those smaller communities losing a lifeline without any opportunity for consultation. With this petition, we are asking for residents to show their support and demonstrate to WECA that cutting off funding the Number 18 would be a mistake!”

Kingswood MP Chris Skidmore added: “It is a shame that the well-used cross-boundary Number 18 will no longer be funded through the Combined Authority, undermining its purpose in acting as a transport authority across the West of England. I will be writing to the Metro Mayor to highlight our collective concerns and would encourage as many local residents as possible to sign the petition to call for the Number 18 to keep running.”

Our Plan for Growth

Chancellor Kwasi Kwarteng on Our Plan for Growth in the economy