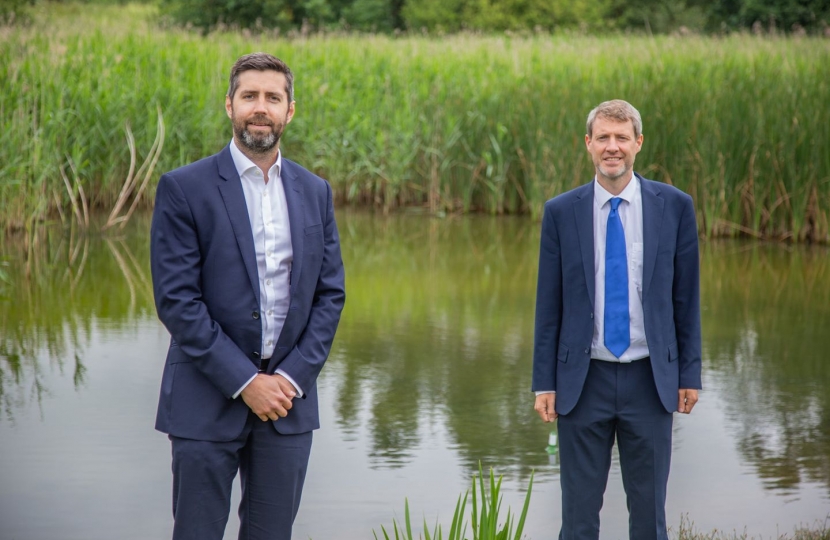 Conservative-led plans to protect nature in South Gloucestershire from overdevelopment have been unveiled.

The Common Connections initiative is a four-year landscape and habitat restoration project along the South Gloucestershire and Bristol border to improve links between registered common land, woodlands and other natural habitats to create a Wildbelt - an area of land where building and other development is not allowed, so that nature can be protected and restored.

In its business case submitted to the West of England Combined Authority (WECA) for almost £1million in funding, the Council has outlined its plans to boost the Council’s efforts around promoting biodiversity and enriching nature across the district, enhancing and existing habitat types, creating and improving grassland and wildflower meadows, building ponds, restoring hedges and planting around 6,000 new trees.

This would support the vision for a greener South Gloucestershire, set out in the Council’s newly launched Green Infrastructure Strategy, aiming to create greener places where people and nature thrive, with a range of ambitious goals including to double tree coverage across the district by 2030.

Having led on South Gloucestershire’s efforts to tackle the Climate and Ecological Emergencies since making a formal cross-party declaration in 2019, the Council’s Conservative Administration has ensured that the commitments and goals made towards protecting and improving the local environment have been at the heart of every decision being made.

This includes changes to the Council’s day-to-day practices, millions being invested into the likes of new low-to-zero carbon school buildings and delivering more infrastructure to support sustainable transport, as well as thousands of new trees being planted each year.

“Tackling the Climate and Ecological Emergencies remains a golden thread through every bit of work we do and, while the challenges we face should not be underestimated, I believe that the Common Connections initiative will prove to be a positive part of the step change we need to meet those challenges head on as we focus our growth towards utilising areas like brownfield sites to meet our housing demand.”

Also welcoming the plans, Kingswood MP Chris Skidmore said: “Having signed the UK’s net-zero commitment into law as a former Government minister, I am delighted to see the Council striving to strengthen our bond with nature and our local environment. South Gloucestershire boasts a tremendous array of rural and urban green spaces and it is important we do all we can to protect and improve them for future generations to enjoy. Introducing a Wildbelt will be a valuable means to further protecting precious green spaces from overdevelopment threats.”

The Commonwealth, G7 and NATO Summits