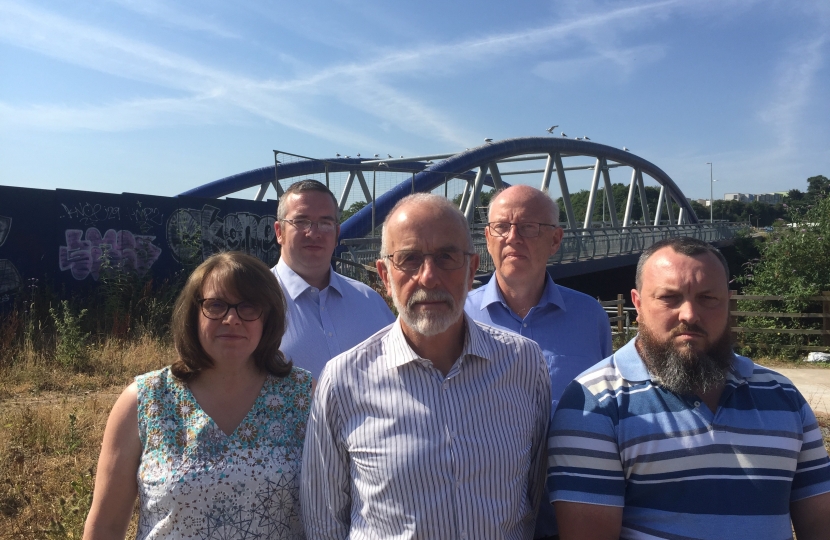 Conservative Councillor John Goulandris is urging the Mayor to allow all councillors a free and meaningful vote next week on the important issue of the Bristol Arena and that he abides by the outcome of the debate at Monday’s Extraordinary Meeting of Full Council.

A cross-party requisition – signed by councillors from all parties including a significant number of Labour councillors – has called this emergency session of Council to consider the simple proposition that: ‘This Council believes that the best site for Bristol’s Arena, for the benefit of Bristol as a whole, is Temple Island in the centre of Bristol and that the decision taker should be guided by the vote at this meeting.’

The Mayor is due to make a final decision at the Cabinet meeting being held the following day (Tuesday, 4th September).

Ahead of what is likely to be a lively meeting , the Conservative Chief Whip has decided to signal clearly where his Group stands on this matter.

Cllr Goulandris (Con, Stoke Bishop) said:  “We believe without any doubt  that Temple Island in the City Centre is the right location for a Bristol Arena accessible to all Bristolians.

“Having considered at length all the facts in the public domain on this subject - including the outcome of the three special scrutiny meetings convened to evaluate the Mayor’s Value for Money reports – all Conservative councillors will be supporting the motion.

‘’If the Mayor doesn’t back the Temple Island site, the aspiration of a Bristol Arena will probably be destroyed for ever. The trouble with the Filton ‘option’ is that there are just too many risk factors around it and massive uncertainty surrounding its delivery.

“In addition, we believe the economic benefits postulated for an alternative mixed-use development on the Temple Island site are highly speculative.

On the other hand the Temple Island location has all the necessary planning approvals and consents, is ready to go and the construction costs are now quantified and affordable.

“A central venue is also important in terms of accessibility, size and the maximising of cultural identity or branding.  This is something that could be lost entirely, or at best severely diluted, if it were to be placed on the fringes of Bristol instead.

‘’If local democracy means anything at all to the Mayor, I really hope he will listen to the debate and ultimately be persuaded to follow the expressed will of the majority of councillors in the chamber.”