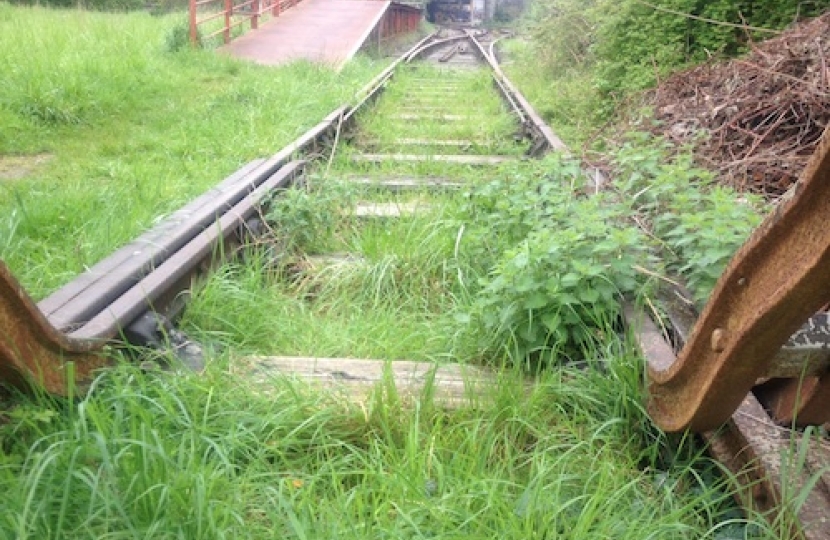 The Tories already have a long-outstanding motion tabled which calls for the reopening of a station at Ashton Gate which reflects their continued support for future travel by train.

This latest move follows news that an online petition set up by campaigners on this issue  is set to exceed 3,000 signatures, over halfway to its 5,000 target, and only 500 short of the figure needed to trigger a Council debate.

The Ashton Gate Station Campaign has set itself a goal of realising a new station by 2019, with two trains an hour to-and-from Portishead and Temple Meads.

To date, there has been little prospect of this development progressing onto the Mayor’s Capital Programme, although the Conservatives have made this project one of their own Budget amendment priorities in on-going discussions with the Mayor.

Cllr Lucas said:  “My own take on this situation is that a reopened railway station in this part of the city is really a no-brainer.

“There is enormous potential for the Ashton Gate site – not only to serve the Stadium and businesses in the area but also the role rail will have to play in any overall transport plan for the planned Bristol Arena.

“If the Mayor is really serious about backing suburban rail, then it is imperative that he keeps this much bigger picture in mind for our strategic transport needs.

“People will only be coaxed out of their cars and onto the train if they are offered a genuine travel alternative of a frequent, reasonably-priced service, run with Swiss-like clockwork reliability.

“Such a proposition also relies on there being a convenient, geographical spread of access points – well maintained stations.

“I am aware that the Conservative Group is already budgeting for some capital provision to realise the Ashton Gate proposal but want to know where this ambition sits in the Mayor's own transport plans.

“It is vital we do not miss this opportunity to invest in what is likely to become increasingly important rail infrastructure for the city and wider region.”

Note to Editor:  Please find below proposed questions from Cllr Charles Lucas, to the Mayor at the next Members’ Forum

1.    Can the Mayor state what role, if any, a fully functioning railway station at Ashton Gate would play in his transport plans for the Bristol Arena?
2.    Given the tremendous amount of public support for the reopening of a station at this strategically important location, and its proximity to Bristol City FC and Bristol rugby, is the Mayor prepared to reconsider inclusion of this project in his forthcoming draft capital budget recommendations?