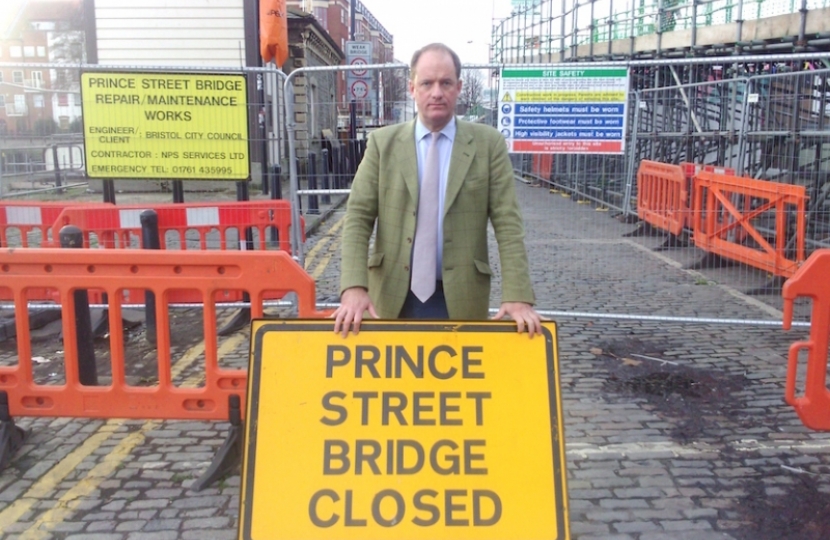 This historic crossing in the City Docks has been closed for repair since August 2015 and, due to the extent of corrosion found to its internal structure and mechanisms, this work is not currently due to finish there until the Autumn.

A temporary walkway for the exclusive use of pedestrians and cyclists has been erected at this site whilst the bridge is out of action.

In a report considered by the Mayor and Cabinet at their meeting yesterday, Officers had considered a number of options, including (i) doing nothing; (ii) restoration (at a cost of £1.2million); (iii) replacement with an entirely new bridge; or (iv) simply refurbish to much a reduced capacity which excluded motor cars.

Owing to its acknowledged strategic importance to the road network, the favoured proposal – finally endorsed by the Mayor – was reinstatement to its pervious serviceable condition and configuration, which included catering for the safe passage of light vehicles.

Cllr Lucas said: “This decision is really good news for all road users in our city and the most sensible way forward given the alternatives which were under consideration.

“Time and time again, Conservative colleagues have sought assurances over accessibility to the bridge once these necessary repairs were concluded.

“Unfortunately, until today, Mayor Ferguson has been reluctant to give any clarity as to its future use.

“This hesitancy, and the Mayor’s frequent anti-car rhetoric, only fed rumours that permanent closure to motorists was firmly on the cards.

“Such an outcome would have been truly catastrophic for people trying to travel around Bristol.

“For once, perhaps because we are in an election year, common sense has been allowed to prevail.

“I look forward to seeing the completion of this refurbishment project and, once more, being able to drive across Prince Street Swing Bridge

“Well done to all those involved in helping to bring this result about.”