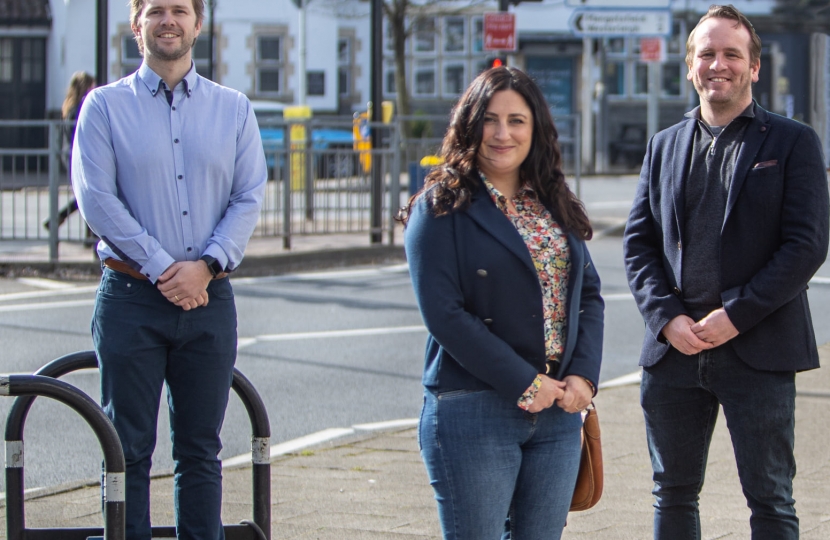 Conservative Councillors in Downend have welcomed public backing for their campaign to introduce a new market in the town and have called for South Gloucestershire Council’s support.

Proposals for a new market in the town, which have been put forward by Cllrs Liz Brennan, Ben Burton and James Griffiths, who represent the Frenchay and Downend Ward as part of their continued work to improve Downend High Street, were positively received by as much as 95 per cent of respondents in a public survey conducted by South Gloucestershire Council.

This follows a breakthrough in support for the High Street earlier this year where, prior to her election, Cllr Brennan successfully lobbied the Council to increase funding support for High Streets, with a £120,000 investment being secured to progress initiatives in Downend, Chipping Sodbury and Filton.

More than 800 people had their say on Downed High Steet through the survey between March and April earlier this year, which sought to find out local opinion on the High Street, including their priorities for future facilities and improvements, with outdoor events on the High Street proving a popular suggestion to help draw people in.

Welcoming the outcome, the local Councillors have publicly called on the Council to explore the possibility of introducing such events, as well as helping to enable a wider array of independent shops on the High Street, more tree planting and Wi-Fi in public areas, which were also well supported in the survey.

In order to help foster more collaborative organisation of the High Street, Cllrs Brennan, Burton and Griffiths are supporting efforts by the Council to form a High Street and Cleeve Wood support group and will be writing out to those in the area to encourage them to join.

Cllrs Liz Brennan, Ben Burton and James Griffiths, who represent the Frenchay and Downend Ward, said: “Having campaigned for the creation of a market in Downend, we are really pleased that the public share our vision, having supported the idea in their hundreds through the survey. It’s clear that it is something local people want and has the potential to be a great attraction for local businesses, new vendors and visitors alike, supporting shops on our high street with new footfall and creating a fun new attraction for the community.

“With the Council working to form a High Street and Cleeve Wood support group, we are keen to make sure that any and all traders who want to be a part are given the chance and would ask that they contact us to find out how they can get involved.”
Any local business owners or managers interested in finding out how they can be involved are encouraged to email liz.brennan@southglos.gov.uk.