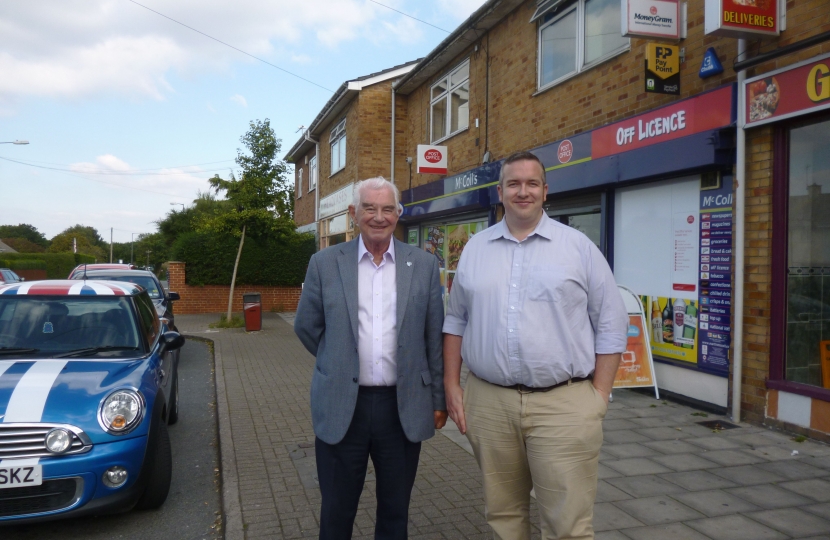 Henbury & Brentry councillors Mark Weston and Chris Windows have been alarmed to learn that Bristol City Council and South Gloucestershire Council are considering granting highway access to the Brabazon site from an already busy residential road.

A Freedom of Information (FOI) request has revealed that discussions on the subject took place at a meeting of officials to consider the Filton Arena Transport Review, held on 21st March 2018.  The heavily redacted minutes also confirm that this could involve up to 2,000 vehicles using a modified route daily to gain entry onto the former airfield.

Under the current terms of the planning approvals granted to YTL for their housing development (Cribbs Patchway New Neighbourhood), Charlton Road/Westgate accessibility is strictly restricted to bus, pedestrian and cycle use.

However, local residents and councillors are concerned that this obligation could be circumvented in relation to the actual proposed entry point for redevelopment of the Brabazon Hangar itself if the Mayor picks this location for the promised Bristol Arena.

“I understand that YTL were not actually party to these exchanges and they have expressly promised to honour or stand by their existing planning obligations with regard to their Westgate application and S.106 agreements.

“However, all these would be effectively subverted if planners allow traffic to flow from the A4018 – down Knole Lane/Charlton Road.  This area simply could not cope with an extra 2,000 cars going along it to reach the Arena.

“I shall be seeking assurances from the Mayor that this proposal will not be progressed.  To do so would represent a betrayal of local people and renege on carefully struck planning agreements already in place.”

Fellow Ward Councillor Chris Windows added:  “If the Brabazon Hangar is converted into an Arena then both local authorities are going to have to seriously look at drastically improving the whole road network in this part of the city.

“The mitigation measures around Charlton Road were designed to address problems associated with the planned extra housing of the CPNN.  I fear these would be overwhelmed if highway access was then subsequently granted or relaxed in any way.”