Bristol Mayor Marvin Rees has publicly ruled out changing the name of City Hall – renamed from the Council House by his predecessor George Ferguson – and has stated that the status change is “not a priority for me”.

Former Tory leader Cllr Richard Eddy raised the issue shortly after Mr Rees was elected in May 2016.  During his election campaign, the Labour Mayor had strongly expressed the view that he was not happy with the name–change.

After Cllr Eddy (Con, Bishopsworth) asked the Mayor Council questions urging him to look at revamping the name of City Hall, Mr Rees pledged he would consult with Party Group Leaders and others during September and come to a decision.

During the Councillor Forum preceding Full Council on Tuesday 13th December 2016, Cllr Eddy asked the Mayor whether he had made any decision following the September consultation.

Marvin Rees replied: “I undertook to have a conversation with Party Group Leaders; I did so.  And, as I have said before, it is not a priority for me”.

Cllr Eddy commented: “I am deeply disappointed with the Mayor’s response.  In my view, the renaming of the Council House was a clear example of George Ferguson pursuing another personal gimmick which found no support among Bristolians and was not mentioned in his election manifesto.

“Whilst I appreciate that the City Council is now facing a very difficult time financially, reverting to the City Hall’s former name could only have a positive effect, and is a very minor action by the new Mayor.

“As I have said to Marvin Rees, his predecessor never went through any formal renaming process with English Heritage over this rebranding.  In the circumstances, I believe Mr Rees would fully justified in invoicing George Ferguson for any costs involved.” 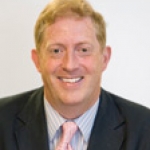