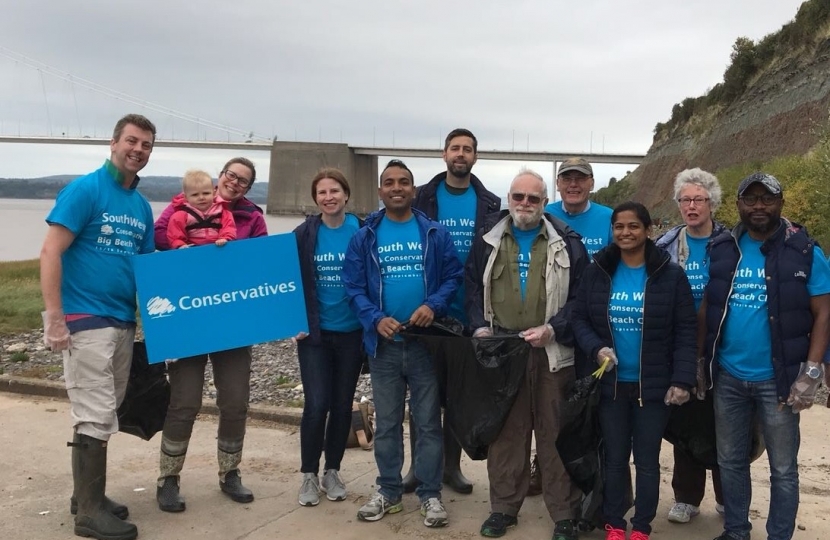 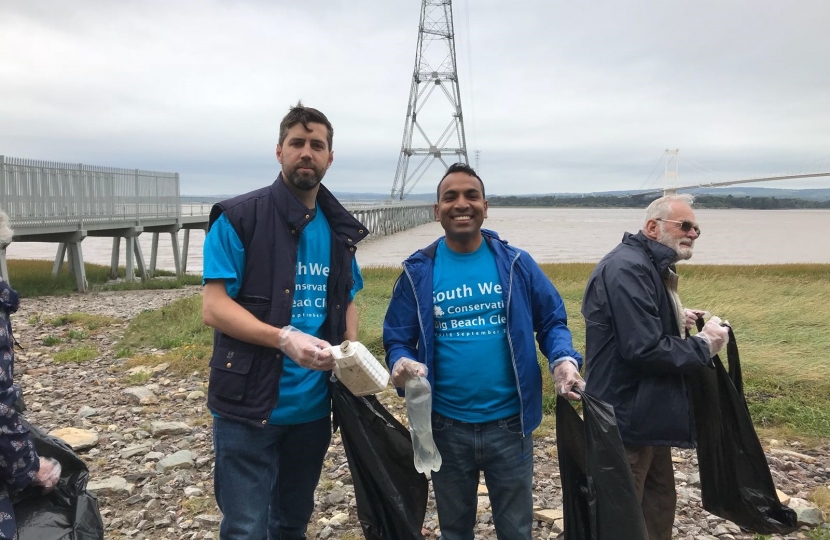 On Sunday 16th September, local South West Conservatives took part in the BIG Beach Clean. As part of this campaign a beach clean at Aust Cliff next to the old Severn Bridge took place.

The Environment Secretary, Michael Gove MP spoke of the importance of the region wide beach clean in the South West saying “The South West has some of the most beautiful beaches anywhere and it’s vital we protect them for future generations and ensure our great coastline and wildlife are not damaged by plastic waste and other litter.