Avonmouth Conservative Councillor backs Portway Station but asks why it has taken so long?

Avonmouth Conservative Councillor Matt Melias is demanding to know the reason(s) for the delay in delivering the much promised new rail station at the Portway Park & Ride site.

At yesterday’s Cabinet meeting (1st November) the Mayor backed a recommendation from officers to make two bids for the £2.225m needed to get this train platform built.  One potential source is the DfT New Stations Fund 2 and the other possible funding stream has been identified in the Local Enterprise Partnership Local Growth Fund.

The case for this infrastructure is a strong one in that this a station will (i) improve connectivity to the Bristol Temple Meads Enterprise Quarter and the new Avonmouth Enterprise Zone (ii) provide a rail-based alternative to the car and (iii) help to reduce congestion and airborne pollution in the city.

If successful, construction could begin as early next year 2017/18 with the first trains expected to start service from there in May 2019.

However, provision for scoping work and design was made by the Authority in its Capital Programme way back in February 2012.  As a result, Cllr Melias wants to know (in a question for the Mayor at the next Members’ Forum) why virtually nothing has been done to progress this project until now?

Cllr Melias (Con, Avonmouth) said:  “Conservative councillors have campaigned for this sensible measure for years now as it would enhance the local rail network and provide commuters with a genuine travel choice.

“As a result, we wholly-heartedly welcome this belated move for extra capital investment.

“But, our concern centres around the time this has all taken to deliver on a project which the previous Mayor ostensibly supported but nevertheless seems to have allowed to be kicked into the long grass.

“Back in 2012, the Full Council set aside £750k for the purpose of re-opening rail stations and yet, to date, we have seen so little concrete progress made in this regard.

“Together with local residents, I want some reassurance that this latest move will be given much greater priority in transport infrastructure terms than was previously the case.” 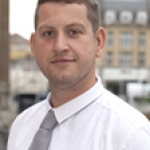 Matt is a Bristol City Councillor for the ward of Avonmouth.